World koshiki Karatedo Federation - > What is the WKKF? 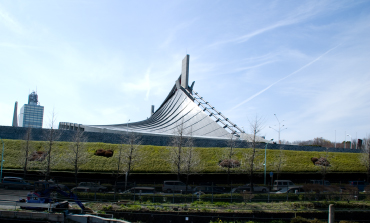 In 1980, the 1st International Friendship Koshiki Karatedo Championship was held at the National Yoyogi Second Gymnasium (Tokyo, Japan). National teams from countries including Canada, the United States, Australia, Switzerland, Venezuela, Colombia, Argentina, Spain, India, Singapore, the Philippines, Taiwan and Hong-Kong took part in the event.
Mr. Shigeyoshi Matsumae (President of Nippon Budokan and Supreme Advisor to Tokai University at the time) was designated Tournament Chairman, while the Japanese Prime Minister at the time, Mr. Toshiki Kaifu, was present as Senior Advisor.
This was the beginning of the World Koshiki Karatedo Federation.

Organizing, Managing and Supporting Every Type of Tournament

WKKF certifies, maintains and manages Referee Licenses and Dan Grades.
WKKF regularly holds seminars and examinations. You may be certified by participating in these events, as well as completing a written test, practical examination and/or thesis.
WKKF also holds regular seminars and lecture classes for human resource development and for improving karate techniques.

Organizing a National Team for an International Tournament

WKKF works to organize national teams for every country and region to participate in international tournaments.
Daily training is crucial to enhancing each teams’ skills and abilities. The result is the augmentation of everyone’s techniques on a worldwide level through international competition.
Instructors are also sent to each country and region to assist in instructing and improving the level of each local karate association.

WKKF maintains and manages all memberships worldwide, as well as membership services and developments.